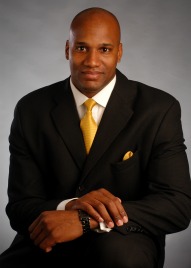 Eric Anderson aka the “Magician with a Message” is an internationally known Magical Entertainer and one of the most sought after Keynote Speakers in the world today.

Eric was put up for adoption at birth and adopted at the age of two and because he was being abused he was removed from his adoptive home and placed in California’s Child Welfare System.  From there he lived in group homes and foster homes until he was eighteen years old.

While growing up in foster care Eric focused on a gift given to him when I was five years old, he was taught a very simple magic trick.  This little gift gave him something positive to focus on while he moved from home to home.  After high school and serving a brief stint in the Air Force Eric returned to San Diego to work a variety of odd jobs, which included being a Janitor, and driving a Cab.

In frustration he decided to make a change - with no family, no support base, and less then $500 in his pocket Eric packed his bags and purchased a one-way ticket on a Grey Hound Bus and moved to Atlanta Georgia.  After a few setbacks, which included homelessness Eric was able to turn his passion for the art of magic into a successful business entertaining at corporate events around the world.

A friend convinced Eric to share his personal story with an audience and the unique solutions he created to “Dramatically” transform his life.  Eric was amazed at the response.  Today in addition to entertaining his audiences Eric motivates people to take action and transform their lives in a positive way through the Magic of Attitude.  Magicians are known for keeping secrets, however Eric is willing to share one of life's greatest secrets -

how to live an amazing life!